The fleur-de-lis, the flower of the lily, is said to signify perfection, light, and life.

1976, in the days of circus and youth, in San Francisco, in Lyle Tuttle’s  tattoo parlor, Peggy Ford, Rick Davis and I had imprinted upon our big toes a fleur-de-lis.  I don’t remember whose idea it was, but from that day forward we were forever linked.

In 1974 we met in Clown College.  We were three passionate suburban kids graduating with contracts in our pockets. We were first of Mays, freshmen, freshly hatched fledglings ready to fly out of the nest and into the mother of all circuses. Like chicks following mother duck we were forever imprinted by life on the road. We spread our wings; Rick fresh from college, Peggy from Palo Alto, and me, a 19 year old  drop out from Buffalo with a unicycle. We were learning our craft. We were exploring the world. We  were discovering that life is a circus.

1975’s Blue Unit was a bi-centennial sequined extravaganza, a red white and blue show replete with international acts, and exotic animals, in a world of pay phones and travelers checks, laundromats and two shows a day, townies and railroad tracks, arenas, overalls, train travel, backpacks, and juggling props.  We had been drafted into a post Nixon Vietnam-era circus and having served we were forever changed. We were marked. We were veterans.

After my two years, I took my tattooed toe to college in New Orleans, to get married in Buffalo and then to raise a family in Pittsburgh. Never far from grease paint, I had run away to join an ‘advertising world,’  to play a corporate clown character. Five days a week  I climbed into a costume twice a day stepping on stage, I had freedom, creativity and a steady paycheck. I traveled a four state footprint and found life exhausting, exhilarating, and challenging. With an assistant and a big box van loaded with props I was my own little circus. It sure beat working and my fleur-de-lis mascot life  blossomed for 27 years.

Lilies are the 30th anniversary flower, and  when Peggy and I met in San Francisco for lunch, it wasn’t far from the tattoo studio from three decades earlier. Now she was the Program Director of the Clown Conservatory. I watched the students and  was reminded of our own Clown College experience. I wanted to say a few words, to share an experience or to offer encouragement. I wanted to tell them to follow their big toe. I missed  an opportunity.

Peggy’s health was not good, but her perpetual smile, and infectious spirit were exactly as I recalled, eternally supportive.  Everyone loved her and she was in her element. I thought, “If lilies symbolize devotion, her fleur-de-lis must be a bouquet.” We ate lunch. We shared stories. We laughed and filled in life’s missing movie. She drove away in a rattletrap car and the following year she was gone.

A few months later, in 2012, I met with Rick in Kennebunkport ME. We lit a candle in Peg’s honor. We toasted her with scotch and we were back on the road one memory at a time, recalling, reenacting, reconstructing, and rewriting the past. Rick had remained rooted in circus throughout the years. The third leaf of the fleur-de-lis, we had always stayed in touch as friends and performers.  I had come to Maine to shadow him. As an artist in residence for Circus Smirkus he was a master at his craft, teaching circus arts to children. I thought perhaps I could too,  but watching him work I was unsure that I could be as gently wonderful. Had I missed an opportunity?  Driving to the hotel that evening, Rick had unexpectedly stopped his car, saying, “We have to watch the sunset.” I remember it well. It was the last time I saw him. His sunset a few years later. And though I set his coffin down, I carry him with me still.

Now when I occasionally look down at my big toe I notice that only two blue tattoo dots remain. I worry that soon Peggy and Rick will no longer walk with me. Ink fades, memories melt, and opportunities visit less frequently. I’m told that you need a  big toe for balance, but balance requires practice. I still have a unicycle, but I practice a new passion; a commitment to maximize opportunity, opportunity to share and to learn, to take chances, and to watch the sunset.

Our lives are permanently inked: Rick and Peggy, fleurs-de-lis.  big hearted people, in big shoes leaving big footprints, Peggy the ‘Mom’ of San Francisco’s Clown Conservatory. Rick the circus arts instructor in residence for New England’s Circus Smirkus.  Great friendships and a simple life lesson: follow your big toe. Lyle Tuttle said it best,  “That’s why tattoos have always been special to me. Tattoos are travel marks, stickers on your luggage. Tattoos are special. You have to go off and earn them.”  I would only add, “One step at a time.” 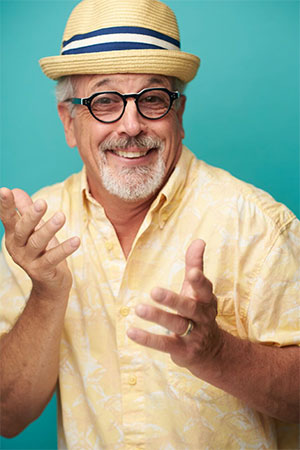